That’s a good theme for a Monday, as I am the middle sister of three, and we recently spent a lot of time together! 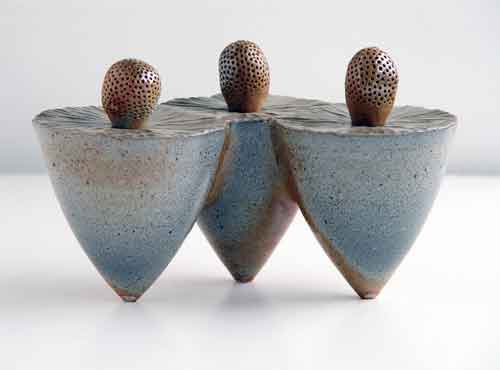 Unfortunately, I don’t have the artist’s name for this piece.  I really like it though, so I am featuring it anyway.  I found it online at the Jill Underhill Gallery, located in Harbert, Michigan. 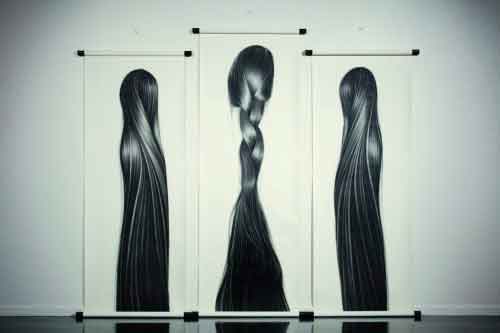 Zhang is one of three Chinese-American sisters, two of which paint professionally.  The third sister has a non-art profession, but does paint on the side. The artist has utilized pictures of hair since 2004 as a source of inspiration and a symbol.  For Chinese women, hair is a physical attribute which is an object of power as well as an expression of personality. See more on her website: hongchunzhang.com 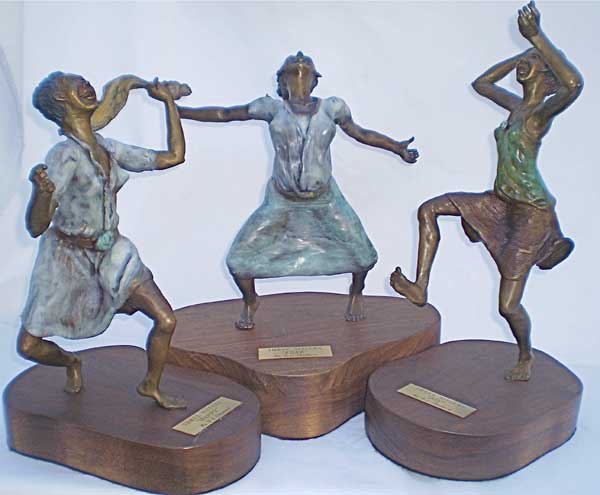 Diana Shepherd took home the Best in Show award from the Jacksonville Coalition for the Visual Arts Fall Show in 2011 for her bronze sculpture, “Three Sisters”.  She is intrigued by the human figure, and the endless variety of human experiences that can be expressed by the slightest manipulation of clay. She conveys such a sense of joyous abandon with this piece!  It is a great portrayal of my sisters and I – but I will leave it to your imagination to figure out which one is me…

← Previous: Now is it Spring? Next: Home from St. Martin →