King’s Cross is a London railway station built when Queen Victoria was in the early years of reigning her country. It is currently in the finishing stages of an eight year, almost $800 million dollar restoration. Architectural firm John McAslan & Partners has transformed the space, and it is breathtaking.

The new station will be complete in time for the 2012 Olympics, providing a super-hub with new infrastructure and improved interchange links with other public transportation. 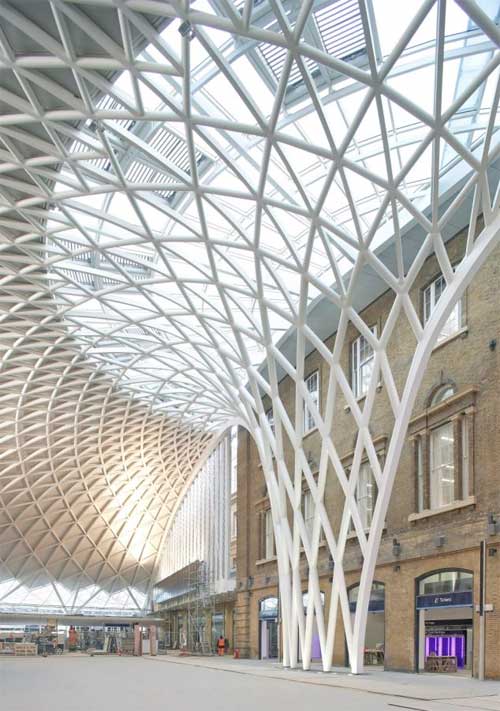 The old King’s Cross station has been the setting of several major films, including Harry Potter, The Ladykillers, Mona Lisa, and Friday the 13th. 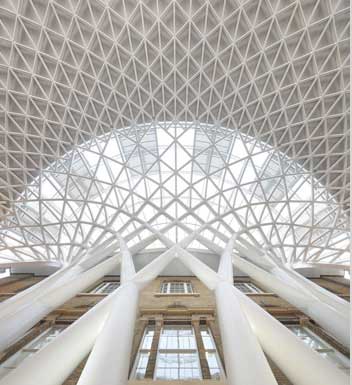 Design Boom featured King’s Cross last Friday, and they have some exclusive photos that are lovely – picture this network of line bathed in bright purple, or soft, deep blue.  Their photos are copyrighted, so I can’t share them here, but you can click over to Design Boom and see them all.