Now is it Spring?

So we come to the end of an island-inspired week of blogging.  I hope it took you away for at least a little while.  I am finishing up the week with some art from the West Indies.

An African-Haitian painter, Hector Hyppolite was a voodoo priest who lived in the early part of the 20th century. He is noted as one of the prominent untrained painters in the culture of Haiti, and the first Haitian painter to actually gain recognition. Note the difference in paint strokes between the bold, stark strokes of the figures and the soft, flowery underbrush. Hyppolite was said to paint with fingers and brushes as well as using chicken feathers.  I wonder if he used the feathers on “Papa Zaca”? 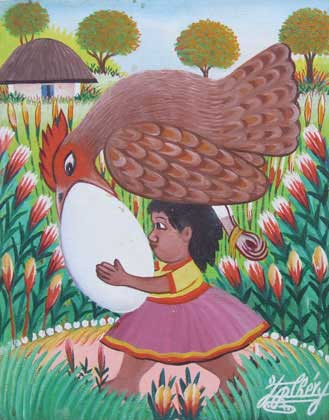 Chery is a modern-day Haitian painter who has become known internationally for his paintings with bold color and a sense of humor.  I love the look on this girl’s face, and her sturdy, strong stride.  He is represented in many galleries, and has been featured in Vogue, Time Magazine and many books and publications.  See his work at Haitian Paintings. 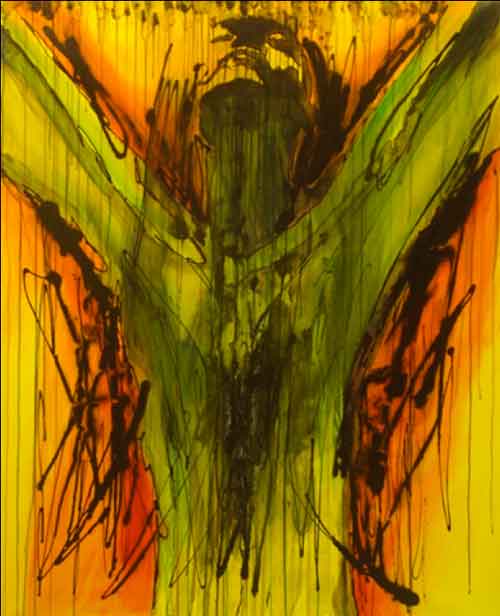 Tito (Juan Antonio Gomez Gutierrez), was born in Havana, where he attended art school. For many years he worked for the state and created his unique paintings on the side. In 1997 he became an independent artist. He currently lives in Miami, Florida, where he devotes all of his time to painting.

Although his style is a complete departure from the “folk” traditions of the West Indies, I love the saturated colors, which often seem to be a common element in paintings from hot, tropical regions.  See his website for more: www.tito-art.com