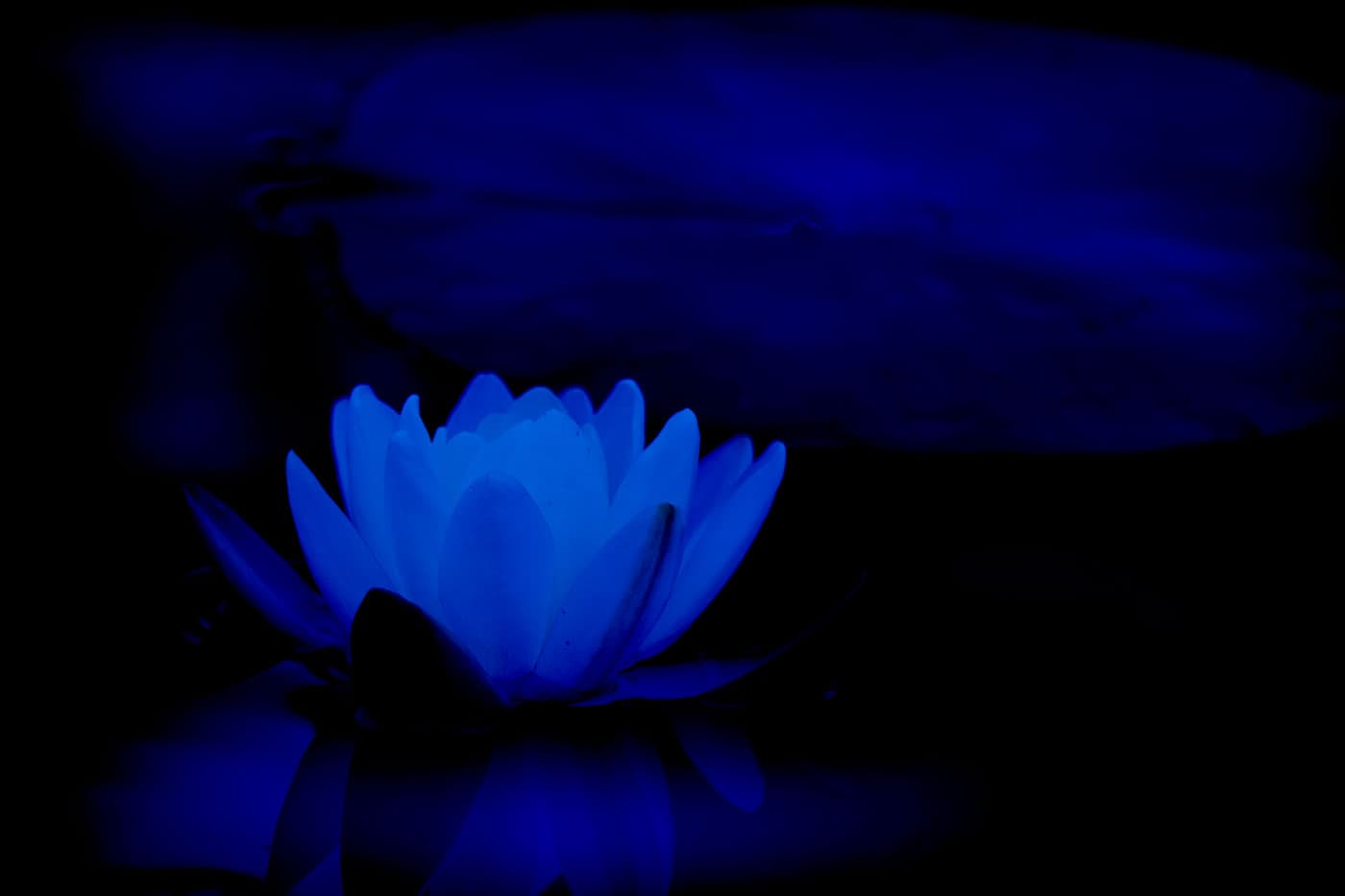 Did the people at Pantone have a premonition of what we would need in this crazy year of 2020?  Well, they are the trendsetters, choosing a color to inspire the world’s branding, marking and creative societies. As they reviewed the world back in December of 2019, The Pantone Color Institute did say it “recognized similar feelings of instability gripping the world today” (-from CNN.com) They chose a calming color, one that represents dependability and stability. Classic Blue, Pantone 19-4052. 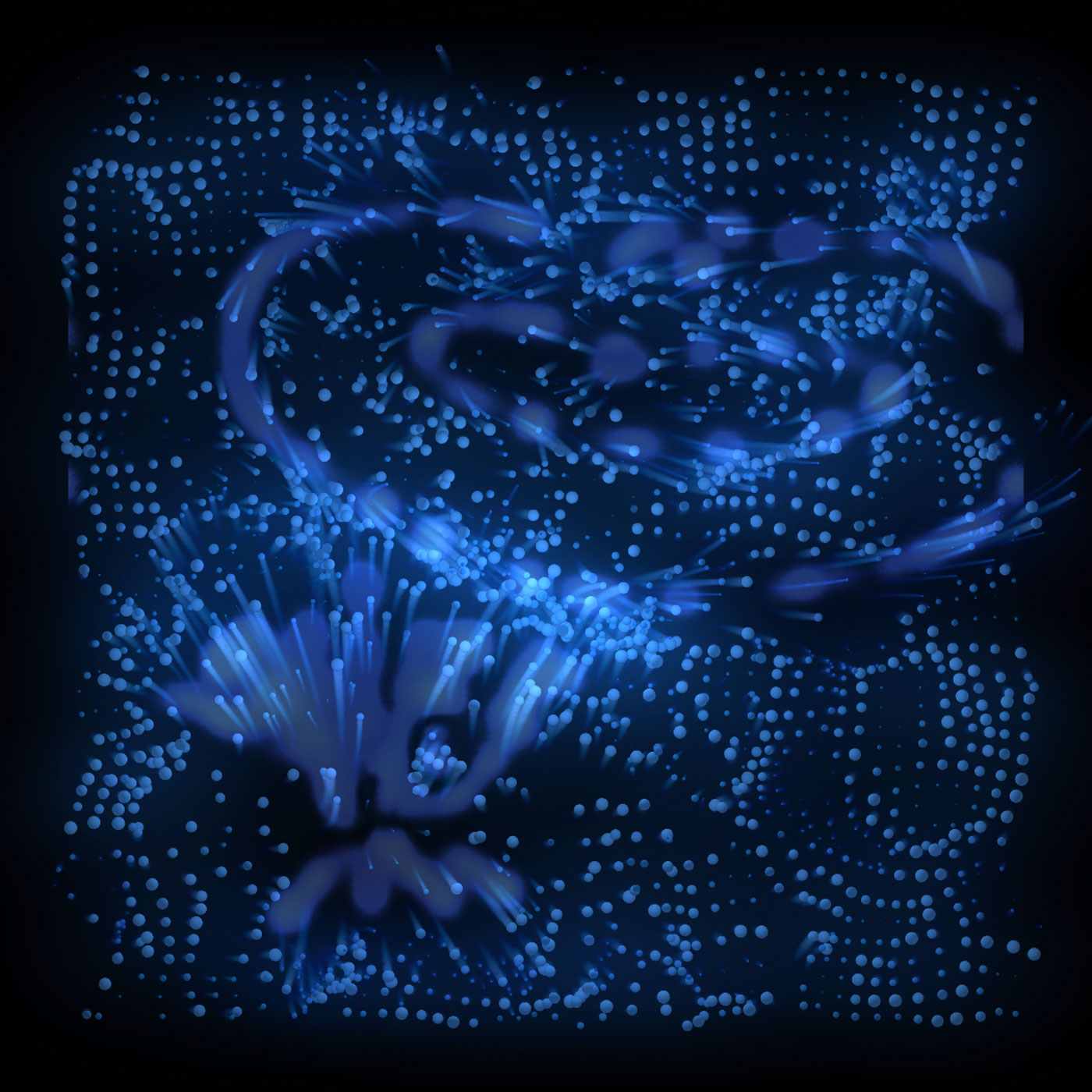 Artechouse is a new age art destination, permanently located in Washington D.C.  They featured an installation in February 2020 in reference to Pantone’s color of the year, called Submerge. Their website has an amazing interactive tool, Exploration of Blue, an audiovisual experience created by Eduardo Montero.  It is designed to work with a desktop computer, and you can create an amazing image of your own. 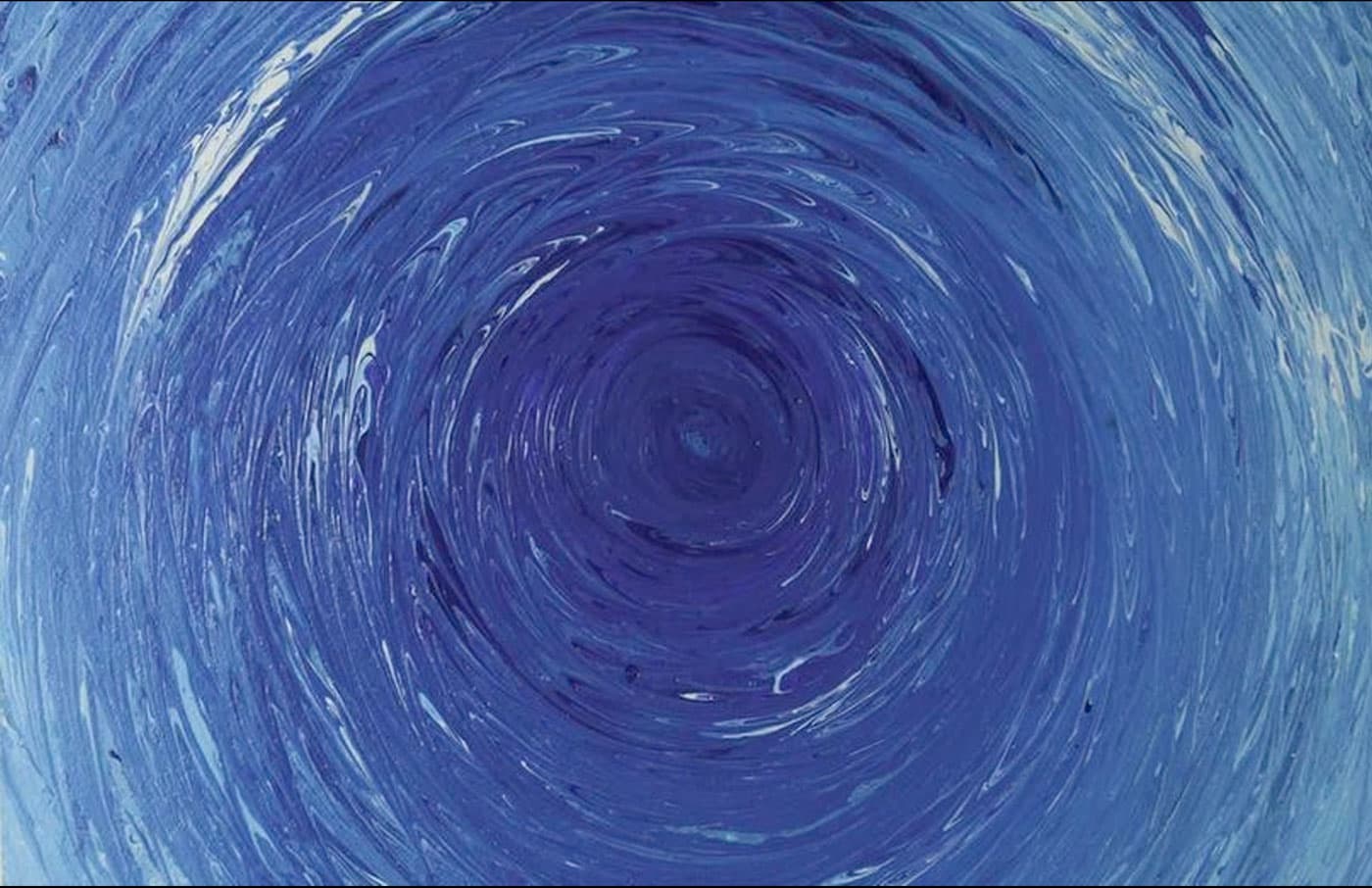 The Blue Art Project, #BlueMakesADifference is an interesting combination of art and science, by Fresenius Medical Care, the world’s leading provider of products & services for people with chronic kidney failure. Goldmann’s image is about the distribution of blood in the dialyzer.

“Dialyzers are life-saving pieces of medical and technological art. The advanced design of the FX Dialyzers adds a dimension that reflects the thought, care and quality that went into its construction. As the most prominent visible characteristic, the color blue of the FX Dialyzer caps became the inspiration point for our unique blue art project.” -Fresenius Medical Care website 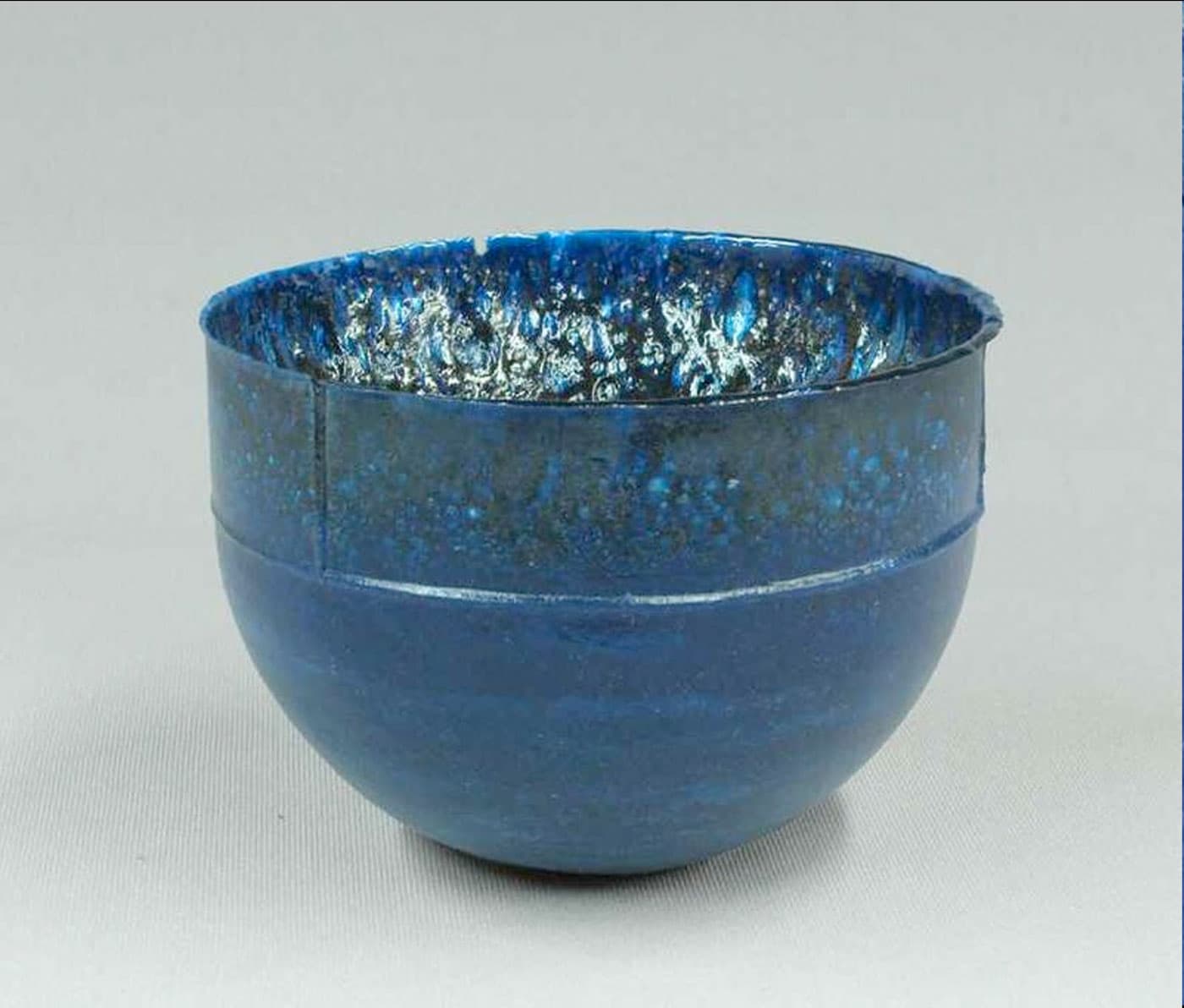 Kojiro Yoshiaki uses glass powder in conjunction with foaming agents. When it is fired, the mold fills with foamed glass.  This artist lives and works in Japan and exhibits in permanent public collections all over the world.

← Previous: Into the Wind

Leaning Into the Wind is a film about Andy Goldsworthy. I have long been a fan of this amazing artist. I find his sculptures made from natural materials to be contemplative and mesmerizing. He is an ephemeral artist, creating works outdoors made from natural materials that eventually succumb to the elements. His work is not preserved on-site, but held in the moment through the his own photographic images. 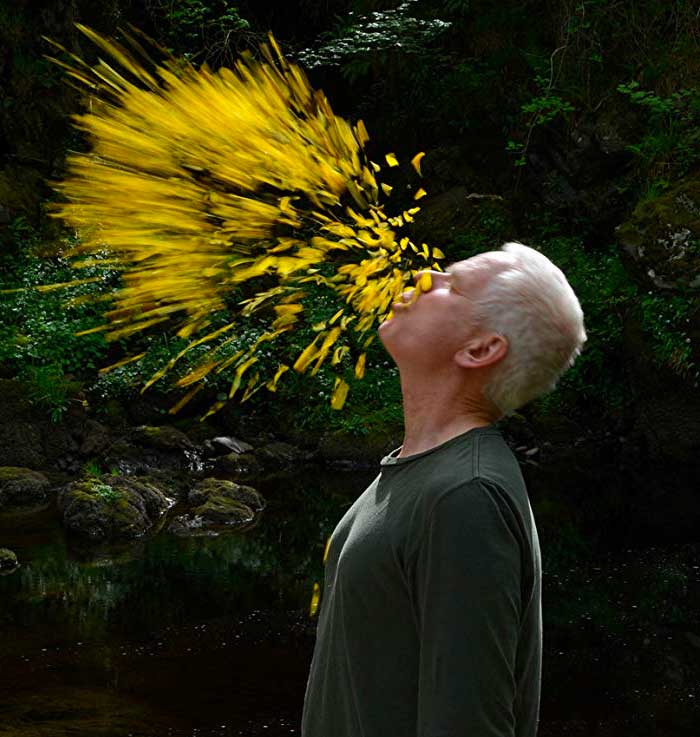 In an interview by Patrick Markham, Goldsworthy states:

“The ideas I’m having now are far better than anything I’ve thought of before. Most of them I couldn’t have even conceived of 10 years ago, works that take me way out of my comfort zone. The biggest failure is to make a work that is safe, that doesn’t take a risk. I’m taking big risks with no safety net.” He has always worked with nature, using materials found around him, yet he does not describe himself as a pastoralist, or even an environmentalist. Although I personally find his work environmental and zen, he views his surroundings not as a place of therapy and peace, but as a place that is challenging — a place to challenge his intellect and engage his body in physical work. 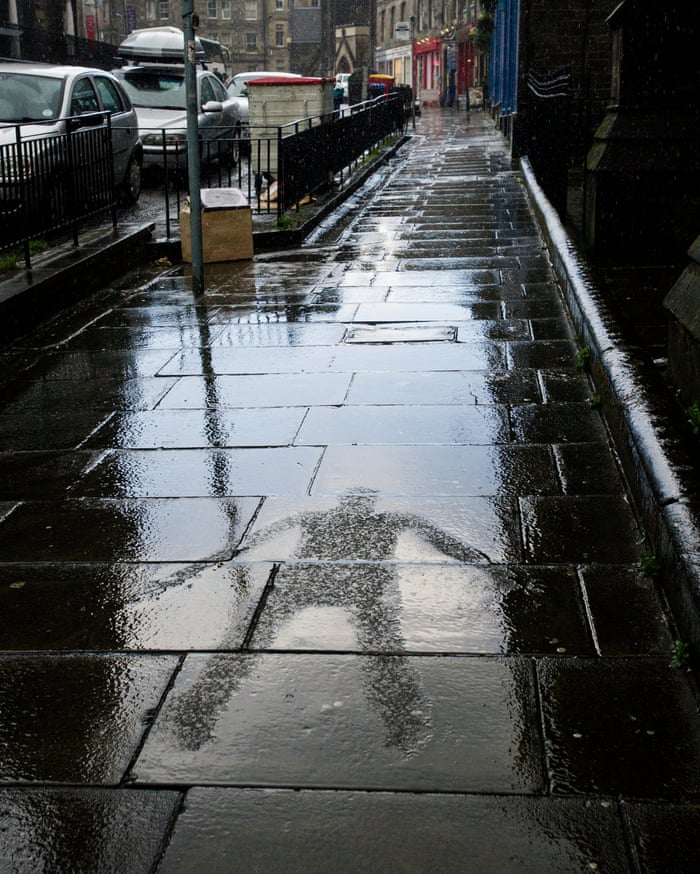 At one point in the film, Goldsworthy struggles with explaining his thoughts about nature and its integration with his work. He tells us, “it isn’t so clear anymore”.  Rather than boxing “nature” into a compartment that includes branches and rocks, rivers and meadows, he seems to see it as an all-encompassing everything. He works with whatever is around him, wherever he is, whether it be country or city, fields or cement sidewalks. By physically connecting with elements around him, involving his own physicality, he is exploring the world in a very personal way, trying to make sense of the world around him.

← Previous: Intricacy of Science as Art Next: Calm and Confident Pantone Blue → 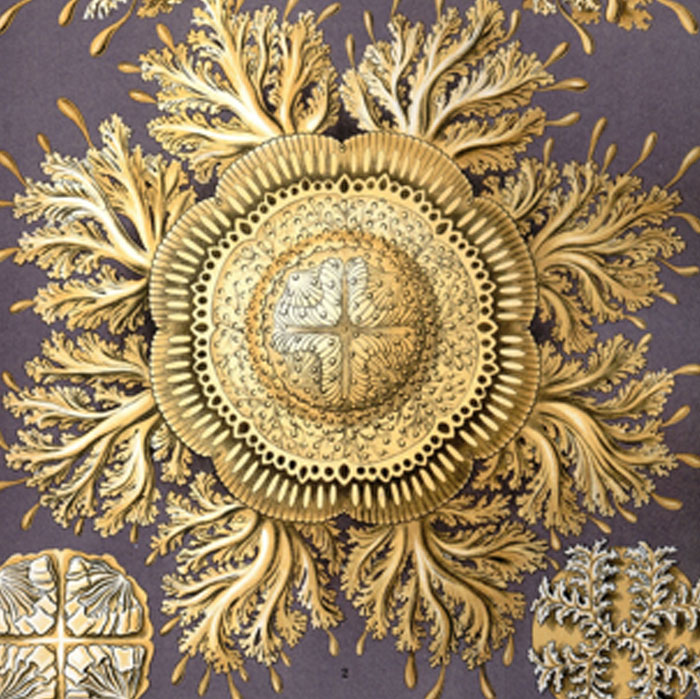 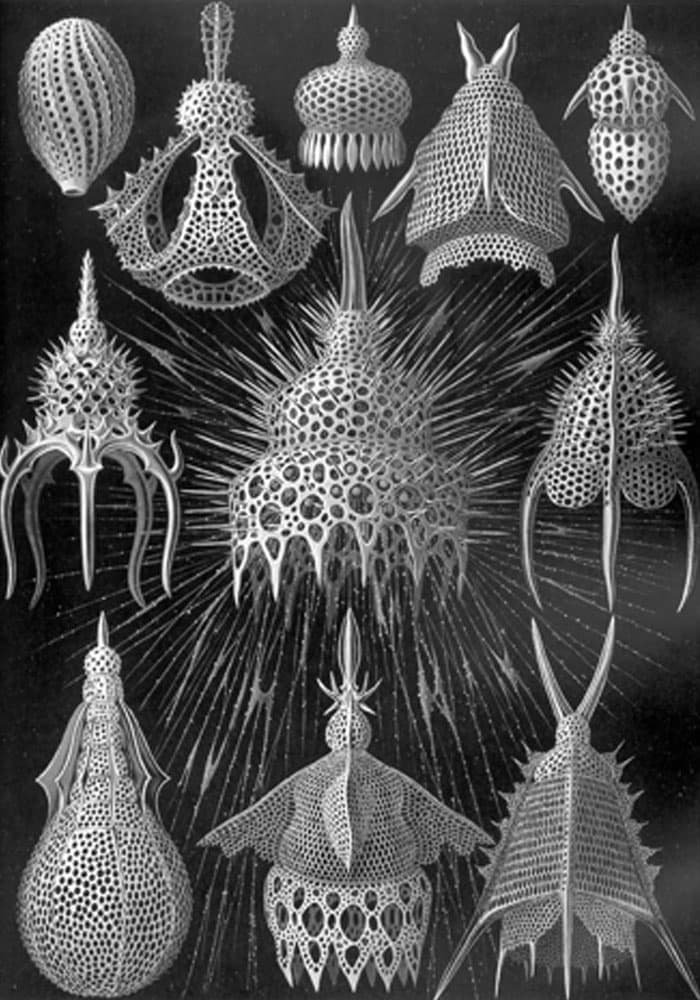 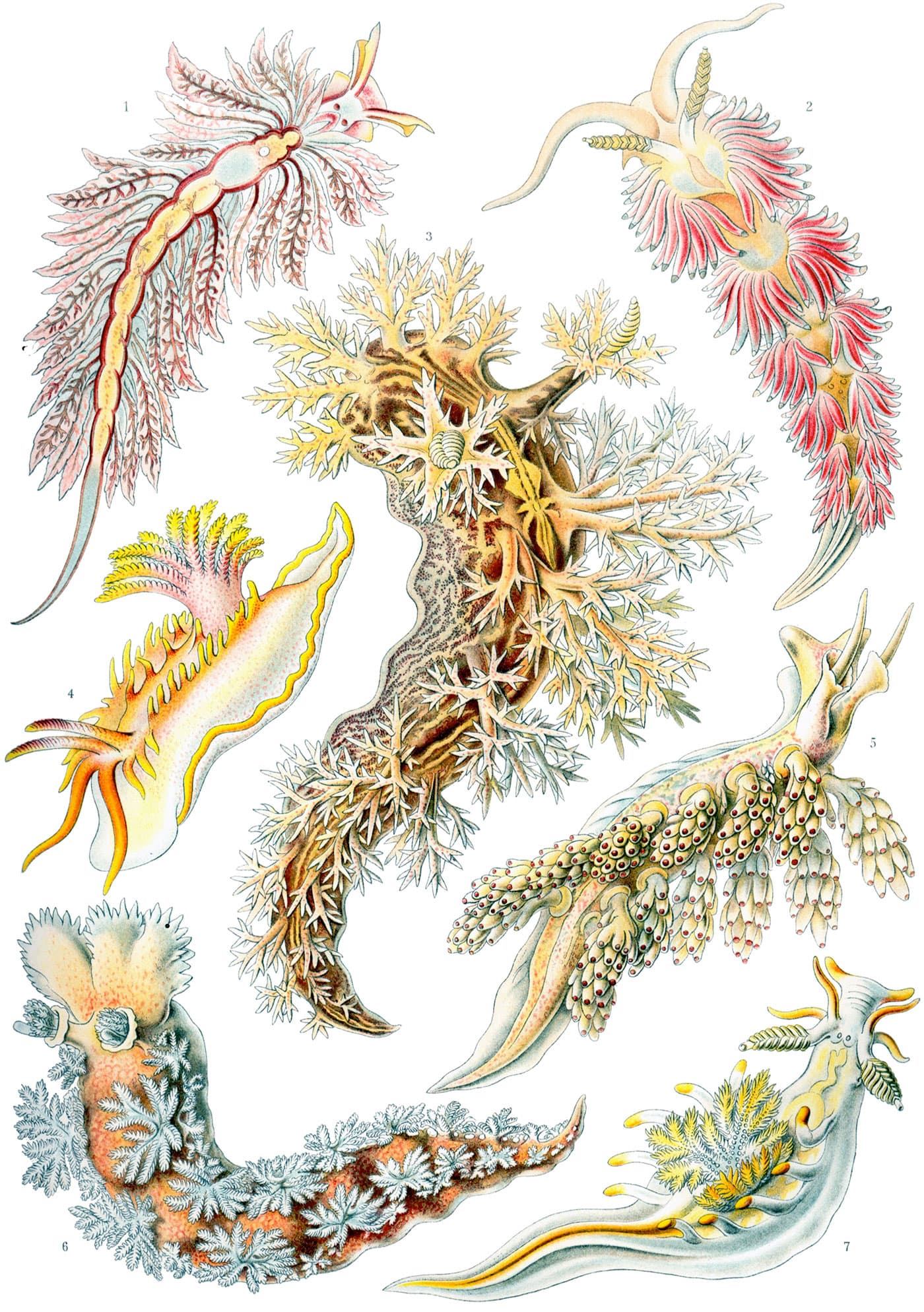 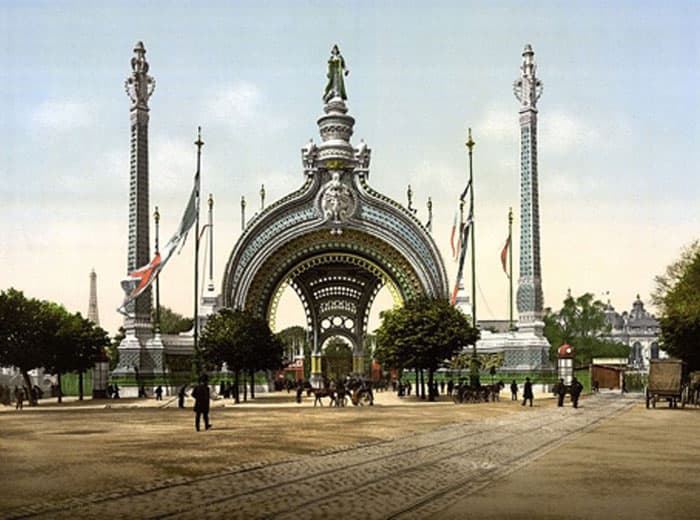 ← Previous: Art and Dance Next: Into the Wind →
« Older Entries

Hello. Welcome to the Blog.

I'm Linda Oeffling. I've been working in glass for over 30 years, finding time to keep up the habit in between having children and starting a business in graphic design.

I have a home studio in the basement, and a bunch of steadfast friends who also love glass. We meet almost every week to work together. I won't say the wine & snacks afterward is the best part, but it's a nice way to wrap things up!

I have a great husband who supports everything that I do, three children, and four grandchildren. My family members are the greatest loves of my life, but coming in right behind them are my computer, kayak, camera, and travel plans...

I make every effort to link and credit the appropriate sources for blog entries. If I am in error or you would like a link removed from the site, please contact me and I will make corrections as per owner request.

Linda-O Tumblr. My Tumblr feed makes me so happy. A mix of amazing words and images that is inspirational to me.

Life in This Moment. Meet my business partner, Nicole. This is our behind-the-scenes blog.

The Last Dancer. Nicole Ozment's dance site, which I help to build and maintain. We make products together!

Sad Stuff on the Street. So sad, this is now defunct, but I still love it, and you can buy the book.

Subscribe for Daily Sustenance. I've been following this photographer for a long time, love her thoughts and perspective.